When major breaking news hits, Fisher and her team are all hands on deck and are always thinking carefully about what is the best story and why. In 2020, she was integral to leading coverage efforts and keeping the on the ground teams safe during once-in-a-lifetime stories of the COVID-19 crisis and the nationwide protests as a result of police brutality including the murder of George Floyd.

Fisher is a 30-year veteran of ABC News. In 2018, she was promoted to her current position from her previous role as ABC News’ first Executive Editor of News Content. During this time, Fisher has been involved with some of the world’s biggest stories, from natural disasters and wars to terrorist attacks and presidential elections.

Fisher is a graduate of Amherst College and received her Master’s degree in French Studies from New York University.
Speaking At
Panel: News Tech Under Fire 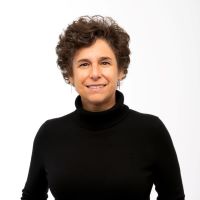