Full Name
David Lougee
Job Title
President and CEO
Company
TEGNA
Bio
Dave Lougee is president and CEO of TEGNA Inc., one of the most geographically diverse broadcasters in the U.S. He also serves on the company’s Board of Directors.

Prior to becoming CEO, Lougee spent 10 years as president of TEGNA Media. During that time, the company acquired Belo Corp. and London Broadcasting, nearly doubling its broadcast portfolio.

Lougee is a graduate of the University of Colorado and attended the Stanford Executive Program at the Stanford Graduate School of Business in 2004.

He and his wife, Danni, reside in Northern Virginia." 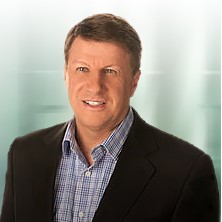