He came to DC from FOX in Boston where he spent 6 years as assistant news director before being named Vice President/News Director at WFXT in April of 2011. McGonagle began his career in broadcasting as a general assignment reporter/photographer at WNNE-TV 31 in White River Junction, VT. He then spent a year and a half as an investigative reporter at CBS2, KGAN-TV in Cedar Rapids, IA and spent 6 years reporting at NBC10, WJAR-TV in Providence, RI before making his move into news management as the NBC owned-and-operated station’s assistant news director in 2002.

Paul is a 1990 graduate of Ithaca College/Ithaca, NY. He has been married to his wife Beth for 25 years. They have 3 grown sons.
Speaking At
Case Study: ATSC 3.0 and the Newsroom 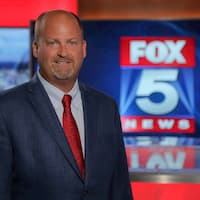