Full Name
Daisy Expósito-Ulla
Job Title
Chairman, CEO
Company
d expósito & Partners
Bio
Daisy is a luminary in Multicultural Communications, and a voice for diversity and inclusion. In 2018, Daisy was inducted into the American Advertising Federation’s Advertising Hall of Fame for her contributions to the Advertising Industry in America. Recognized as a primordial architect in Hispanic and Culture Marketing, she is consistently chosen as one of the most influential Latinas in the United States. Prior to founding her own agency, d expósito & Partners, Daisy was Chairman/CEO of Young & Rubicam/WPP’s The Bravo Group, a company she helped launch and subsequently build during her twenty-four-year tenure. Under her watch, The Bravo Group would become the largest U.S. Hispanic agency of all time, with billings of nearly half- a- billion. At Bravo, she worked with clients such as AT&T, KRAFT Foods, Bank of America, Unilever, Pfizer, USPS and Census 2000. Over the past 15 years, at the helm of d expósito & Partners, she has worked on Census 2010, McDonalds, AARP, Amica Mutual Insurance, ConAgra, NBA, US Army and Tajín, among other brands.

She has received numerous creative and professional awards including the Matrix (NYWICI) and The Carnegie Corporation's Great Immigrant: Pride of America honor. In 2015, she received the ADCOLOR® Lifetime Achievement Award and her agency was named Agency of the Year by the AEF, a first for a multicultural and independent agency, in recognition of Daisy’s “contributions to American Advertising.” The night she was inducted into the AAF’s Hall of Fame, she was also honored with the prestigious David Bell Award for Industry Service. She currently serves on various industry boards, among them the Advertising Educational Foundation (AEF), the 4 A's and the Nielsen External Advisory Council. She is founder, former president and now board member of the Culture Marketing Council (formerly AHAA). She also serves on the board of the Repertorio Español Theater.

Introducing her at The NY International Center (whose recognition of non-native Americans she shares with Elie Wiesel and Henry Kissinger), the late Ambassador Ed Ney, Chairman Y&R, said: “Daisy’s is probably the most important Madison Avenue success story written by a young woman that was not born in the U.S.A. 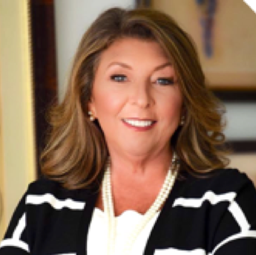