Full Name
Jorge Ulla
Job Title
Partner, Chief Ideation Officer
Company
d expósito & Partners
Bio
Jorge helped found d expósito & Partners with Daisy, his wife and business partner, and a group of their close colleagues. He brings a rich, eclectic background in the varied communications-related fields of film, journalism and music production. He had previously pioneered the production of groundbreaking TV spots from his legendary La Casa Films, working as a director with some of the largest ad agencies of the time, especially The Bravo Group. Together, they won Clio, Addy, Telly, NY Festival, London Film Festival, and CINE Golden Eagle awards, among others. Jorge is also a recipient of two Latin Grammy nominations and an Emmy. Along with Oscar-winning cinematographer Néstor Almendros, he was recognized with the IDA Award from Hollywood’s International Documentary Association for their acclaimed film Nobody Listened, introduced by Joseph Papp at NY’s The Public and chosen by the American Film Institute, among a number of festivals.

His documentary, In Their Own Words, about the Mariel exodus of 1980, filmed for the United States Information Agency, was chosen for preservation by the National Archives of the Library of Congress. His feature-length film Guaguasí garnered him awards and the praise of intellectuals of the caliber of Susan Sontag. As a music producer, he gathered some music luminaries (Gato Barbieri, Paquito D’Rivera, Arturo Sandoval, Cachao, Freddie Cole, Graciela, Cándido, Chocolate Armenteros, Andy González and others) for the critically-acclaimed, come-back recordings of the late Latin jazz legend Arturo (Chico) O’Farrill. 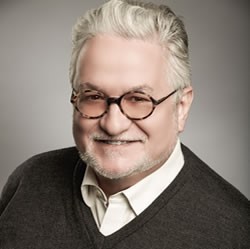