In these roles, DeBevoise is responsible for the company’s subscription, live and vertical ad-supported direct-to-consumer streaming services including CBS All Access, CBSN, CBS Sports HQ, ET Live, Noggin and BET+; it’s over 30 major branded internet properties, including those related to the CBS Television Network, the company’s portfolio of leading cable networks and CNET Media Group. He also oversees Viacom Digital Studios, responsible for the creation of original programming and branded content in support of the company’s brands across social platforms, as well as the company’s overall technology infrastructure and its partnerships with technology, digital video and social platforms. DeBevoise’s team is also responsible for editorial content, original series and acquired programming across many of the company’s digital services. The combined company’s digital properties make ViacomCBS a leading multi-platform content company, the sixth largest U.S. Internet company with over 200 million monthly users according to comScore and the third largest social video company with over seven billion monthly views as measured by Tubular.

Since joining CBS Interactive in 2011, DeBevoise has been instrumental in the development and growth of CBS’s digital strategy, positioning the company as a leading multi-platform content company and leader in direct-to-consumer streaming. DeBevoise has served as President and Chief Operating Officer of CBS Interactive since 2016 leading the strategy and operations for all of CBS Interactive’s 25+ industry-leading brands. He has also been responsible for the company’s digital distribution strategies and original programming and editorial content across its digital properties.

DeBevoise previously held other executive roles at CBS Interactive, including EVP and GM of CBS Digital Media and SVP and GM of CBS Entertainment Digital. Earlier in his career he was the SVP of Digital Media, Business Development and Strategy for premium subscription service Starz, held various roles in both Digital Media and Business Development at NBC Universal, and was in the Technology, Media & Telecommunications Investment Banking Group at JPMorgan.

DeBevoise has been recognized as one of Ad Age’s “Media Mavens”, The Hollywood Reporter’s “Digital Power 50”, Cynopsis Media’s “Most Intriguing People” and as a B&C Technology Leadership Award recipient.

DeBevoise received his M.B.A. with distinction in Entertainment, Media & Technology and Finance from New York University’s Stern School of Business and his B.A. in Economics and Computer Science from Tufts University. He is a member of the Academy of Television Arts & Sciences, a board member of Limelight Networks (NASDAQ: LLNW), a leading provider of edge cloud services, and the Board President of The Door, a non-profit organization providing youth development services.
Speaking At
Keynote Conversation: CBS All Access’ Marc DeBevoise 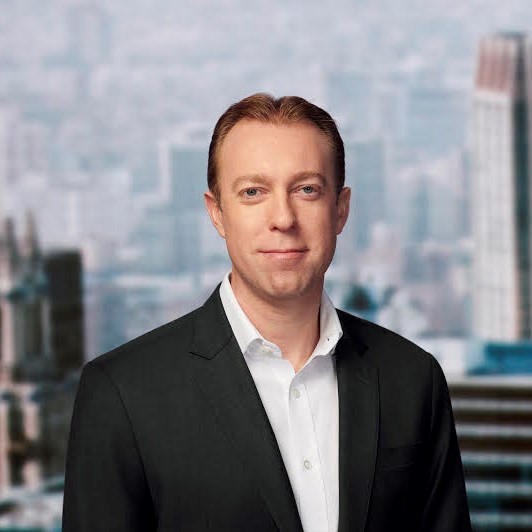