His hiring was the catalyst for NBC’s commitment to carry every Olympic soccer game over their various networks.  Prior to working at Telemundo, he worked for the Univision network where his coverage of the 1994 World Cup helped to put the sport on the map in the United States. It led to appearances on major television shows such as the “Late Show with David Letterman”, “Live with Regis & Kathie Lee” and CNN.  Today, in addition to his duties on Telemundo, he is a frequent contributor to NBC and NBC Sports Network for their coverage of the EPL and the Olympic Games.  In 2020, he was inducted into the National Soccer Hall of Fame a recognition resulting from his meaningful contribution to the growth of soccer in the United States.

Cantor, whose famous “Gooooal” call punctuates his fast-paced work when calling soccer matches, was named the 9th most influential person in the game by Soccer America Magazine. FIFA named him one of the top 10 broadcasters in the world and singled him out as the number one from North America, in any language.  His distinguished track record as a sports journalist is highlighted by his coverage of the past eight World Cups.

In Radio, Cantor can be heard daily on his syndicated radio program, “Futbol de Primera” which airs in over 100 markets across the US. His company, Futbol de Primera (FDP) was started by Cantor 30 years ago and is dedicated to the promotion of the game. Futbol de Primera has broadcast the FIFA World Cup every four years since 2002 and is the current rights holder for the 2022 FIFA World Cup Qatar, and all FIFA tournaments. FDP has also been the official audio network of the Mexican National Soccer Team for the past 18 years.

He was the main host and play-by-play announcer for the most important matches of the FIFA World Cup from Russia on Telemundo and hosted both the opening and closing ceremonies.  In addition to his play by-play duties, he was the main host for many pre-and post-game shows.  If that was not enough, he also led the team for Futbol de Primera as owner and talent in their coverage of the World Cup, where he also did play-by-play and hosted their nightly radio show from Russia.

Cantor has had cameo appearances in numerous television programs and movies. In 2008 he appeared as himself in the movie Speed Racer and lent his voice to Muppets “The Movie” in 2011. He’s appeared twice in the Simpsons and Phineas and Ferb, among other collaborations.

As a commercial spokesperson, he has participated in countless soccer related campaigns in both the general and Hispanic markets working for many top brands in on-air commercials such as: Chevrolet, Volkswagen, Nike, Gatorade, Snickers, Geico, ATT, O” Reilly’s, Budweiser and many more.  In 2018, he inked a deal with SONOS as a spokesperson for their home speakers with a soccer themed campaign that revolved around watching the sport at home.

Andres Cantor has been featured by many of the top media and news outlets in the world including: The New York Times, The Wall Street Journal, The Los Angeles Times, The Washington Post, USA Today, The Miami Herald, Sports Illustrated, People Magazine, The New York Post, The Dallas Morning News, Variety, Hollywood Reporter, ESPN, CNN, NBC News and CBS News amongst others.

Cantor’s accomplishments have been recognized on many occasions. He won a Lifetime Achievement Emmy, earned six Emmy Awards for his participation on televised broadcasts and a regional Emmy as well.  The American Sportscaster Association named him “Sports Personality of the Year”, an honor previously bestowed upon John Madden.

Speaking At
Panel: Launching the One Year Countdown to Copa Mundial 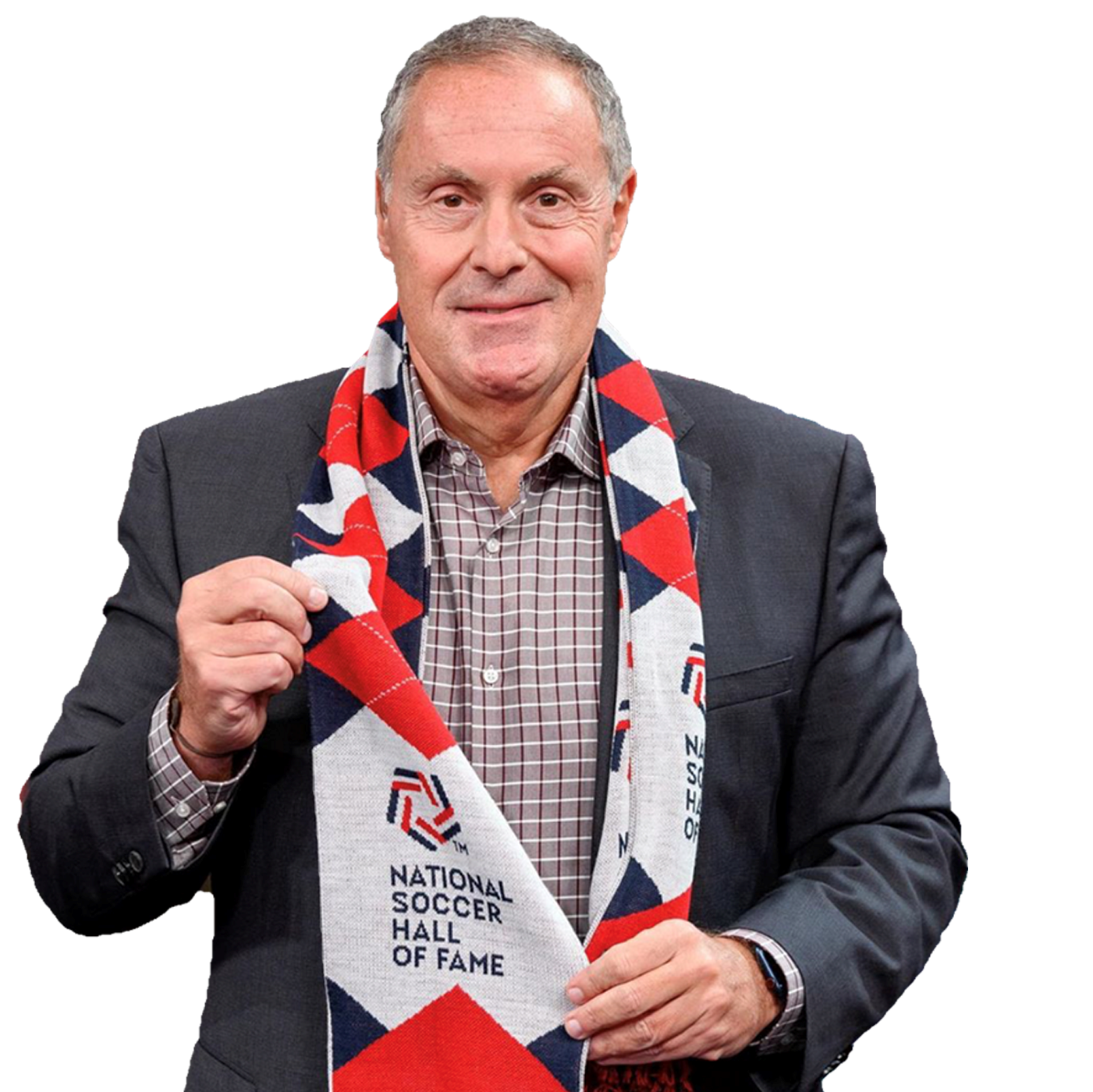