Renard Jenkins has more than 33 years of experience in the Film, Television and Radio industry. He is Warner Bros. Entertainment’s Senior Vice President, Production Integration & Creative Technology Services where he oversees teams that support 10,000 plus cast/crew members, 5,000 plus content hours and hundreds of global feature film and syndicated television productions annually. He and his teams provide creative production technology solutions and strategy for studio, post and remote applications, IP and production pipeline workflows as well as work stream design and implementation. A portion of his team are also responsible for the exploration and successful implementation of emerging and creative technologies such as virtual production, multiplatform storytelling, virtual character and meta human development, neuro-technology and better images and sound for cinema and home entertainment.

Prior to joining WarnerMedia, Jenkins served as Vice President, Operations, Engineering & Distribution at PBS, where he was responsible for the strategic direction and operational management of PBS’s entire media-supply chain. He and his teams were responsible for the successful simultaneous launch of the Live Linear and Cloud-based PBS Kids Channel plus Live Streaming App which also contained games and VOD. It remains as one of the most popular kid’s applications and destinations today. He also created PBS’s Advanced Format Center. He has also worked for TV One, Discovery, ESPN and Turner Broadcasting where he received multiple awards for his work in Post Production and R&D, including two national Emmys. Jenkins was also awarded the Innovator of the Year award in 2017 for his cutting-edge work and accomplishments in UHD, HDR, NGA and supply chain technology through the PBS Advanced Format Center and other industry activities.

Jenkins is a SMPTE Fellow and currently serves as VP, Membership for SMPTE. He sits on the boards of MovieLabs, the Hollywood Professionals Association, the UltraHD Forum, the Content & Entertainment Council as well as the Microsoft and Oracle Advisory Boards. He is also a recipient of a Peabody, 2 Headliners and a 2020 Broadcasting and Cable Technology Leadership award to name a few others.

He is a champion and advocate for diversity, equity and inclusion in the technology and media industries. He is a Strategic Advisor to the Board of Directors of the Washington, DC Chapter of the National Association for Multi-Ethnicity In Communications (NAMIC), chairs the WarnerMedia Technology and Operations Equity and Inclusion Council, the SMPTE Global Inclusion Working Group and he is the Co-Chairs, HPA ALL which advocates for and promotes diversity, better equity and increased inclusion in our industry.

When he is not working, he enjoys spending time with his wife and best friend of over 30 years, his daughters, and his grandchildren. He loves travel photography / filmmaking and only has one more continent left to explore. He is also certified sound engineer and is passionate about the visual arts. When time permits, he loves to provide pro bono location sound, live mixing, studio recording, post-production and finishing services for aspiring filmmakers and musicians. His family motto is “In all things integrity and integrity in all things.

Speaking At
Mid-Day Keynote Conversation I 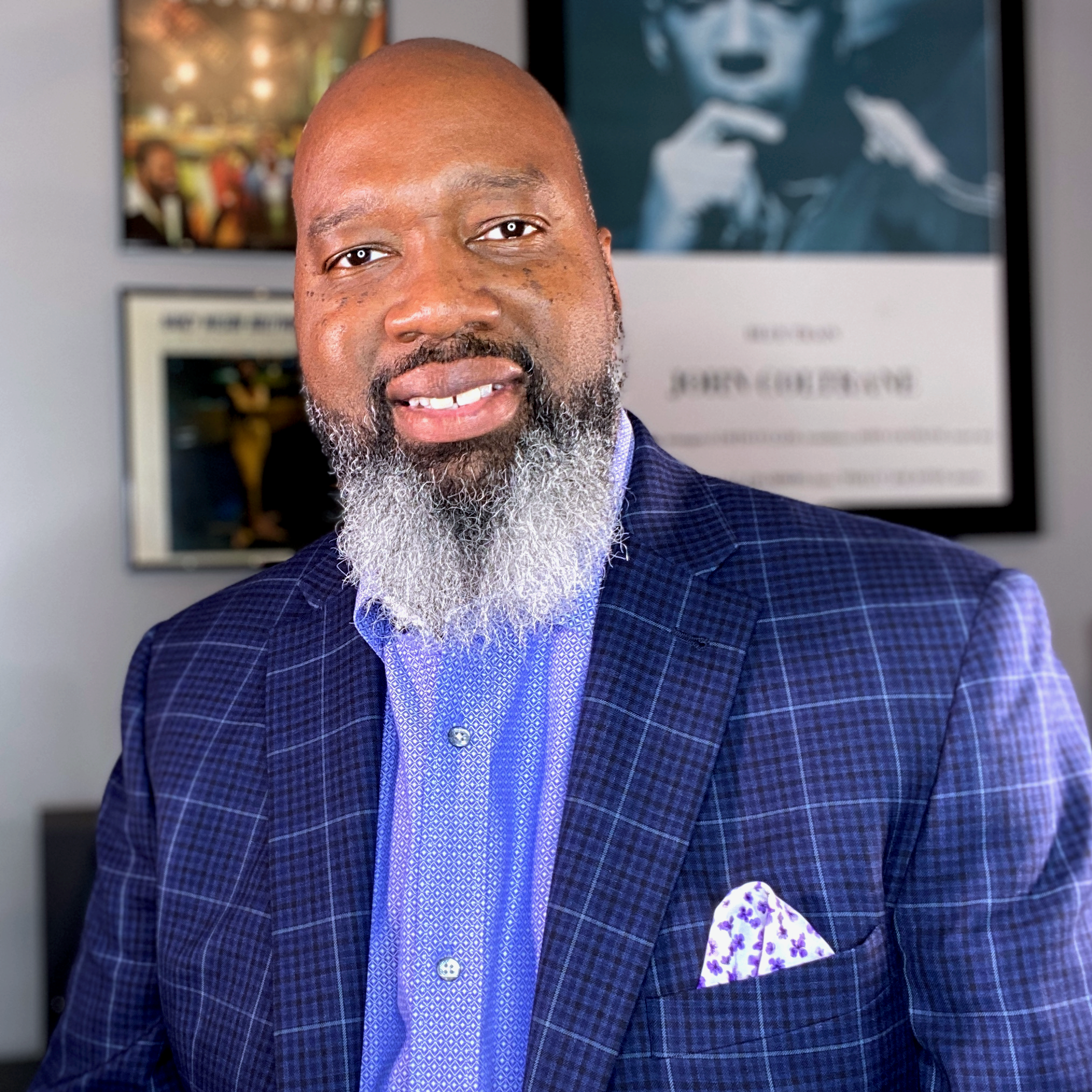